Disclaimer: I am not a medical professional, the information provided in the following post are my opinions based on medical research articles. They are not meant for diagnosis. It is indented to open up a dialogue about PMDD and Autism and how they affect Female Health

Last week in my Post Disguised-Could PMDD Be The Hidden Link To Autism In Females? Part 1, I discussed the Psychological aspects of my theory regarding PMDD and Undiagnosed Autism in Females. If you did not read it or recall, I encourage you to do that now.

I received many comments stating, “I have PMDD and do not have Autism.” or “I have Autism and not PMDD.”

I want to address these two comments before I proceed with my Neuropsych argument. I never said that ALL FEMALES WITH PMDD ARE AUTISTIC OR THAT ALL AUTISTIC FEMALES HAVE PMDD.

What I am saying is that PMDD may be one of many symptoms of Autism Spectrum in females. One of many that could help identify undiagnosed Autism in some females that suffer from PMDD. Some not ALL!

Ok, now that I got that off my chest, let’s jump right into the research on the brain.

The Brain PMDD and Autism

The brain is the source of all our abilities. It is the database to all our functions and the most vital organ in our bodies. For most people, when they think of the brain, the first thing that pops up is the ramen noodle like oval-shaped structure. This structure is called the cerebral cortex.

What most don’t know is that embedded within are essential brain regions vital to human function. These are the medulla, pons, cerebellum, reticular formation, and the thalamus. Today’s post will be on the Anterior Cingulate Cortex (ACC), which is located in front of the corpus callosum in the medial frontal lobe.

According to Dr. Moss, (2016), the Anterior Cingulate Cortex (ACC) is located in the Cingulate Cortex a section that wraps around and above the Corpus Callosum. The ACC is an integral part of the limbic system, which is involved in emotional formation and processing, learning, and memory.

The ACC has many interesting functions that I believe can be connected to the “camouflage and masking” theory that I discussed in my previous post. They are as follows:

Detection Error: In detection error, the ACC activates subconsciously or consciously when an individual commits an error. If the error is detected consciously then the ACC becomes amplified.

Detection Of Conflict: In the detection of conflict, the ACC is activated when individuals come across competing ideas, views, or trends. It is especially active when the individual comes across something they perceive as out of place.

Reward-Based Learning: When the ACC detects an error, it then interfere with the selection of an appropriate response to the error. Then the Dorsal area fo the ACC will amplify our attempts to correct the error depending on the outcomes reward.

Emotional Regulation: Based on the error, the ACC will then strives to regulate the emotions, especially when the emotions are “undesirable” to establish well being of the individual’s emotions.

Sadness and Anxiety: When an individual feels sadness, the ACC is activated, along with supporting the effects of anxiety. The ACC primarily regulates the intensity of both sadness and anxiety.

Ironic Rebound: The ACC is believed to be an integral part of the “Ironic Rebound Theory” because of the role it plays in detecting, resolving conflict, and regulating emotions. But what is “Ironic Rebound?”

“Ironic rebound effects characterize the unanticipated problems that arise when individuals strive to suppress particular thoughts, attitudes, beliefs, or emotions. In particular, these suppressed cognitions and feelings over resurface, even more intensely than before (Wegner, 1994).”

Everyone loves evidence, especially in the form of a picture. That is precisely what the following four studies will have physical visual evidence. Picture, real-life images of possible evidence that may change the way we understand PMDD and Autism. Real physical images that may show some correlation between PMDD and Autism.

The first fMRI study from Comasco et al. (2014) had a total of 31 women participants. They consisted of 15 participants with diagnosed PMDD and 16  with healthy regular menstrual cycles. Each participant had two fMRI session, one during the follicular phase (before ovulation) and the second during the Luteal phase (post ovulation).

Each participant with PMDD was emotionally stimulated and showed  “significantly lower” activity in the ACC. The activity was present “independent” to menstrual cycle phases. In other words, all the time, not just during the luteal phase when PMDD occurs. Compared to the Control sample (healthy regular menstrual cycles).

Meaning that ONLY the participants with Premenstrual Dysphoric Disorder have this abnormality show up on the fMRI.

The participants of the second study were women diagnosed with PMS and women with healthy regular menstrual cycles. Findings for this study show again low activation of the ACC in only women with PMS. Indicating that “attenuated spontaneous neural activity in the ACC reflects that PMS patients may be out of control and executive function on regulating self-processing and cognitive or/and emotional processing” (Liao et al., 2017, p. 46).

what about in Autism?

I am so glad you asked.

In the only studies, I could find with an fMRI of the ACC in participants with Autism the sample participants were all males. Something that is a little disappointing but not at all surprising. Despite this, I believe that it is still just as relevant. There is no evidence to date, at least that I am aware of, to indicates that the brain structure differs between genders.

Based on the results from 539 individuals with Autism and 573 age-matched neurotypical controls the following was observed . “reduced functional connectivity” between the caudal ACC and sensorimotor. The authors of the study noted that it may be possible that awareness of emotions and feelings of others and of the self is affected. This would occur when “disturbance of the caudal ACC with somatosensory and insular cortex” occur in Autistic individuals (Zhou, Shi, Cui, Wang, & Luo, 2016).

In the second male study, 28 Autistic males and 28 Neurotypical males participated in this study. The research was done on social prediction error, based on their testing findings showed that  Autistic participants have a “strong correlation between social symptom severity and ACCg activity” (Balsters et al., 2016, p. 243)

If you recall in my last post in the section title Am I Crazy Or What (go ahead and read it). I describe how women with undiagnosed Autism use “camouflaging and masking” to hide or suppress their Neurodivergent behaviors. They develop a system and a ritual that becomes to difficult to maintain as they get older. Due to the Neurodivergent tendencies starting to become magnified as they can no longer be suppressed.

If we break that down my sample into the different functions of the ACC, we can see how they may be correlated. Let’s do that now;

Detection Error: The undiagnosed woman detects that her behavior, actions, and differences are an error. Due to the interaction, she has with her Neurotypical peers. As she is aware that it is an error the ACC is triggered.

Detection Of Conflict: The detection of the conflict is when she starts to feel and perceive that who she is, and her actions are ‘out of place’ in comparison to the Neurotypical world’s expectations and behaviors.

At this point, the ACC is seeking a resolution to both the conflict and the errors resulting in“camouflaging and masking” solution.

Reward-Based Learning: As the ACC attempts to resolve the conflict and errors, the reward of becoming accepted makes the “camouflaging and masking” desirable.

“the anterior cingulate cortex might bias the selection of responses to accommodate expectations of rewards and losses.” (Moss, 2016)

Emotional Regulation: Since the emotions resulting from rejection are “undesirable,” the ACC attempts to establish emotional well being.

Ironic Rebound: Now here is where it all comes to a head. An undiagnosed woman is “camouflaging and masking”  while suppressing behaviors and emotions. If you recall the definition of Ironic Rebound, what ends up happening is that they ALL come back in full force and Magnified!

Relating The Research to My Theory On PMDD and Autism

If I had to speculate, I would say that the “camouflaging and masking” begins in childhood. As women age, the recurring activation and use of the ACC for “camouflaging and masking” starts to impact the intensity of how the ACC reacts. Therefore after a long period of time, the intensity in activating the ACC starts to decrease. This low activation translates into the woman no longer having appropriate emotional regulation.

As a woman with PMDD, the findings from fMRI are of great value. The fact that “low intensity” is only detected in women with PMDD should not be ignored. Despite the fMRI findings done on Autistic men having a few downfalls, I still think it merits further exploration. Specifically, the same tests should be conducted on Autistic Women and Autistic women with PMDD in the same setting.

Finally, this research is just another example of how women’s health is vastly understudied. As I explore more avenues on both PMDD and Autism, I am confronted with the sad reality that science has primarily been directed at the male anatomy. Yet, I believe that PMDD may be a symptom in females on the Autism Spectrum. As such, I strongly encourage women struggling with PMDD to consider the possibility of undiagnosed Autism.

But, there is more

It is, after all, a three-part post! My next post in this series will be on Sensory Processing, Genes, and hormones. I will again try to explain how I believe some women with PMDD may be cases of undiagnosed Autism.

I hope you found this information useful, and if you are a medical professional, I hope it challenges you to explore PMDD and Autism further.

What Did you think?

I would love to hear your feedback on my theory, leave me a comment below or reach me on my messenger. It will connect you to my phone, and we can discuss it further. 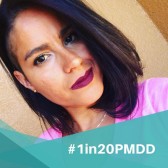